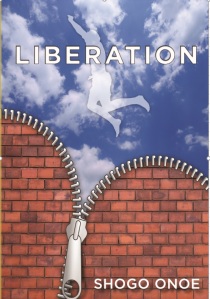 I am astonished at his tirade toward Japan and am feeling that it is my duty to give hope to my fellow sufferer, like Moses preaching multitude: “Mr. Yano, I’ve never seen such mean people around the world except in Japan. Japanese are disgustedly mean and hopelessly ignorant. They think Japan is the best country without actually seeing the world. They think Japanese culture, Japanese society system, Japanese education system, Japanese government, and Japanese way of life are better than other countries. But all of them are ignorant. They’ve never seen the world and have only Japanese friends. Thus, unfortunately, it’s impossible for them to grasp that there are other way of lives around the world and even better ways, since they’ve only known of Japanese way of life. They think about everything from the point of the Japanese way of understanding, which they simply can’t help.”

I light a cigarette and continue, “The worst part is that they refuse acknowledge that there actually exist better cultures around the world than Japanese culture. Small guys’ pride, I guess. It’s wasting time for you to argue with Japanese dolts, because as soon as you mention Mexico, Canada, Europe, they’ll start ignoring you, push you away, and bash: ‘Here is Japan. Why are you talking about other countries? We don’t care about other countries, since Japan is the best. If you despise Japan, why don’t you leave here immediately? What are you doing here, man? Here is no place for you.’ See, it’s perfectly a waste of time for you to argue with them. You just try to explain them that there are other ways of life around the world, but as soon as they hear you mention the name of other countries, they’ll get angry and make you stop talking by shaking their heads contemptuously, for they don’t want to admit their ignorance. My advice is, Mr. Yano: ignore Japanese bastards as much as you can and concentrate on what you desire in your heart to achieve in your life. Of course, you can have your own dream which nobody has a right to take away from you. For that reason, why don’t you just save money and go see the world? The wide world is waiting for you! If you really want to see the world, you can do it, because nobody can make you to stop following your own destiny if you have a strong determination and a little faith in yourself.”