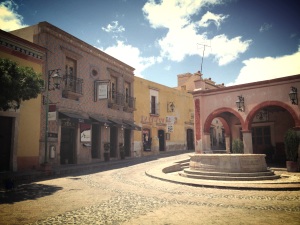 While we were strolling on streets of Asakusa, I noticed two arresting aspects. Mr. Virgin was infatuatedly talking to Leticia and never letting her go – that was quite welcome for us, so that we could enjoy by ourselves. However, I was a bit worried about Jorgito’s mysterious silence. As a matter of fact, he was the most excited one to see Asakusa and constantly singing while snapping fingers since the morning. But alas, as soon as he casted his eyes on Mr. Virgin, he decidedly became dumb as if lightning struck him. I knew that he loves visiting historical places and seeing traditional things, and yet I could clearly see that his excitement was completely gone, and even he did not show any interests. What was bothering in his heart?

The upshot was that even Leticia could not stand Mr. Virgin either. She suddenly approached me lifelessly and started complaining, “Hey my best, I don’t like your boss too much. He is very ugly like a beaten horse, ha-ha-ha…. You must help me to get rid of him. He is constantly talking to me about Japanese history and tried to make some jokes, but they’re so boring, you know…. Even I can’t pretend to laugh with his prosaic jokes that are actually driving me crazy. Shogo, you must do something!”

It was past 4:00 p.m., and Mr. Virgin finally left us alone. I told him that we had some plans for the night only for us, so I could not invite him unfortunately. But I promised him that we would be joining the office party. He disgruntled my lame excuse about five minutes and morosely went home. As soon as Mr. Virgin disappeared into the thin air, Gerardo exclaimed, “Thank God! At last, yes, at last, virgin prick left us alone! Good riddance! You know, Shogo, to be candid with you, I can’t stand your virgin boss. If he’d tried to stay with us more thirty minutes, I would’ve definitely shot him. Oh yeah, I willingly become a coldblooded murderer for the sake of human race, so to speak. Trust me, my friend, the overbearing asshole is ought to be shot!”