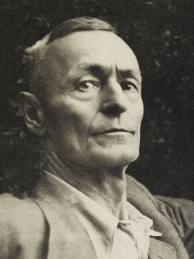 When one has a definite goal and knows of his mission in his life clearly, he is happy every day. He will wake up with singing every single morning, for he has to accomplish a lot of tasks. He will have self-satisfaction in the end of each day, since he is doing what his heart desires. He who has a definite goal is not be influenced and destructed easily by others, because he is concentrated on his goal and is drawn by his goal. However, only few people are strong enough to purse his goal relentlessly nowadays.  And unfortunately, only a few people have the strong courage to be drowned by their goals ultimately. But I have met a few people in my life who are like stars which travel one defined path; no wind reaches them, they have within themselves their guide and path. One of them is my best friend. Hesse explained the importance of listening to the inner voice and being drawn by one’s goal:

Both thought and the senses were fine things, behind both of them lay hidden the last meaning; it was worthwhile listening to them both, to play with both, neither nor overrate either of them, but to listen intently to both voices. He would only strive after whatever the inward voice commanded him, not tarry anywhere but where the voice advised him. Why did Gotama once sit down beneath the bo tree in his greatest hour when he received enlightenment? He has heard a voice, a voice in his own heart which commanded him to seek rest under this tree, and he had not taken recourse to mortification of the flesh, sacrifices, bathings or payers, eating or drinking, sleeping or dreaming; he had listened to the voice. To obey no other external command, only the voice, to be prepared – that was good, that was necessary. Nothing else was necessary.

Listen, Kamala, when you throw a stone into the water, it finds the quickest way to the bottom of the water. It is the same when Siddhartha has an aim, a goal. Siddhartha does nothing; he waits, he thinks, he fasts, but he goes through the affairs of the world like the stone through the water, without doing anything, without bestirring himself; he is drawn and lets himself fall. He is drawn by his goal, for he does not allow anything to enter his mind which opposes his goal. That is what Siddhartha learned from the Samanas. It is what fools call magic and what they think is caused by demons. Nothing is caused by demons; there are no demons. Everyone can perform magic, everyone can reach his goal, if he can think, wait and fast.

Once he said to her: “You are like me; you are different from other people. You are Kamala and no one else, and within you there is a stillness and sanctuary to which you can retreat at any time and be yourself, just as I can. Few people have that capacity and yet everyone could have it.”

“Not all people are clever,” said Kamala.

“It has nothing to do with that, Kamala,” said Siddhartha. “Kamaswami is just clever as I am and yet he has no sanctuary. Others have it who are only children in understanding. Most people, Kamala, are like a falling leaf that drifts and turns in the air, flutters and falls to the ground. But a few others are like stars which travel one defined path: no wind reaches them, they have within themselves their guide and path. Among all the wise men, of whom I knew many, there was one who was perfect in this respect. I can never forget him. He is Gotama, the Illustrious One, who preaches this gospel. Thousands of young men hear his teachings every day and follow his instructions every hour, but they are all falling leaves; they have not the wisdom and guide within themselves.”

2 thoughts on “Drawn by One’s Goal”