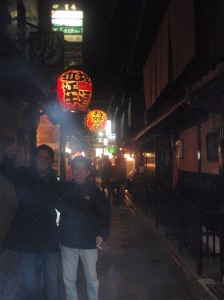 Jorge Veloz and I hereby declare that we are doing our very best to plant the Seed of Change into men’s heart along this glorious year and scatter the Seed of Change all over the world, so that we are able to become human beings again and bring a justice into a right place. Furthermore, we will try to eradicate injustices throughout the world with all our might, so that people will be happy and be able to enjoy their lives. We intend to be much stronger and are forever ready to fight for justice, human right, individuality, and freedom.

We believe that the current society system is not merely an injustice, but, beyond all doubt, a gross injustice. And we simply do not allow people to practise a gross injustice anymore – we just cannot. So long as there shall exist, by a ram logic of government and education, a social condemnation which, the midst of civilization, artificially creates a modern slavery, and complicates a human life by superficial technology; so long as three problems of the century – the degradation of man and woman, the poverty, the social injustice – are not solved; in other words, and from a still broader view point of view, so long as ignorance and misery remain on earth, there should be a more man like us to fight for a human justice – it is a good fight and worthwhile.

Anger maybe foolish and absurd, and one may be wrongly irritated, but a man never feels outraged unless in some respect he is fundamentally right. We have felt outraged.